I’ve been reading for some time, especially the back to school, how some people argue that it’s best to say goodbye without the kids knowing. This way, we avoid them an annoyance.

And yes, it is true that we avoid an upset in that moment. They don’t know, and they might not cry when they find out you’re gone.

It is clear that perhaps we are the ones who can’t, don’t know or don’t want to feel what we feel. And that’s why we act like this, without saying goodbye, among other things.

By this I mean, once again, that each one of us educate and raise as we can and want, without forgetting to raise our awareness.

I also want to say that crying is necessary and that children cry because they need it. Another rooster would crow if we also cried when we needed it. A good cleaning, and let’s move to something else! 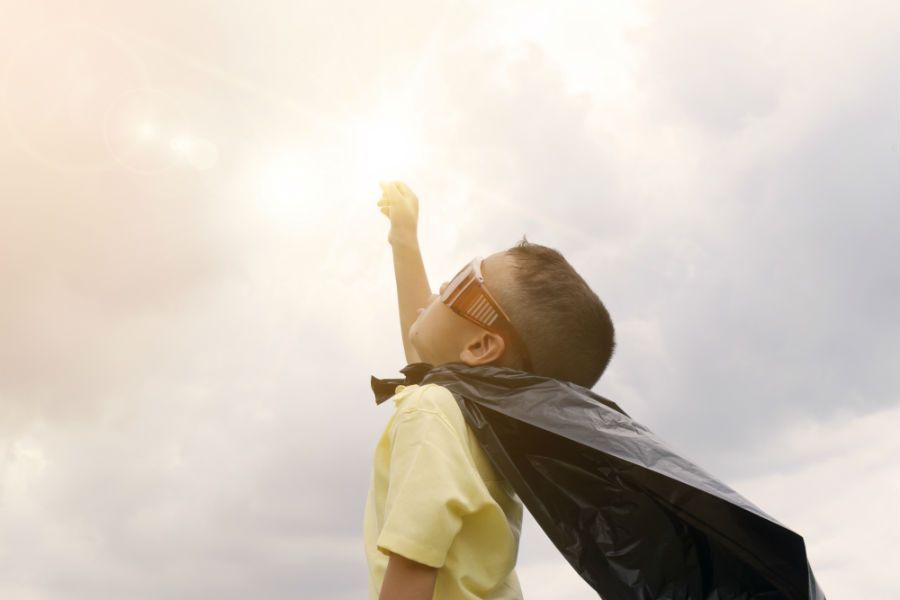 Because children are that, children. And some do the things I just mentioned, and others, not all.

What is clear is that children express their emotions in their own way. And we are their example to model how they express them and where. Because we have the responsibility of knowing how to accompany them and respect their emotions, both social considered as negative, as the positive.

If we allow them to express themselves, we accompany them and show them how to do it, little by little, and each one at their own pace, they will be shaping their behavior, taking into account others and themselves. Because they are the first to suffer with some more uncontrolled emotional expressions.

I invite you to reflect, with every emotional expression of a child, what can happen and what discomfort he or she may have.

Here I tell you why I try to allow my children to express their emotions.

1. Because it is a physiological need. Emotions are necessary, in addition, they are basic to learn.

2. Because it is a way of working with Emotional Intelligence. The fact that they get to know each other and have the space to express their emotions helps them to give them a name, voice and expression. Connecting with themselves and getting to know themselves little by little.

3. Because when my kids cry, or shout, talk to me screaming or in tears to observe myself and them. This leads me to seek to offer the best version of myself, although I never reach the perfection with which I many times dream.

4. Because I firmly believe that recognizing ourselves, the world will be a better place.

5. Because to me respect is one of the basic pillars of a better society. And if I deny them their emotions, it would be lack of respect. I would no longer respect them by denying how they are.

7.  Because I want them to let me express mine too. If I clip their wings to their emotional expression, we, in my family, will probably refuse many emotions, losing the authenticity and truth as human beings that we are.

While I firmly believe in the need to express emotions, I also believe strongly in the need to respect each other. Our freedom ends where others ‘ begins. And there would how we approach certain situations (how difficult, isn’t it?)

I want to make it clear that I don’t mean that if my child cries, I let him cry without listening to him. In fact, I’m very much against this line that doesn’t serve children. The first thing I try to do is to attend to their need, which may be to express their emotion or to be accompanied for something.

And when they need to express something, being easy or difficult for me, I try to accompany them in his excitement. (When I am not able and do not fulfill my ideal of accompaniment, I will also speak on another occasion).

And you, do you allow your children to express their emotions?

#Metoo I have suffered abuse 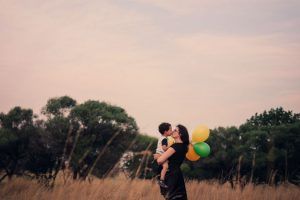 Why I don’t force my children to give (or receive) kisses.

16 reasons to play with facial makeup 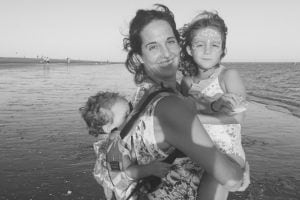 Why I treat my children as unique and exclusive beings.

Not a member yet? Register now

Are you a member? Login now