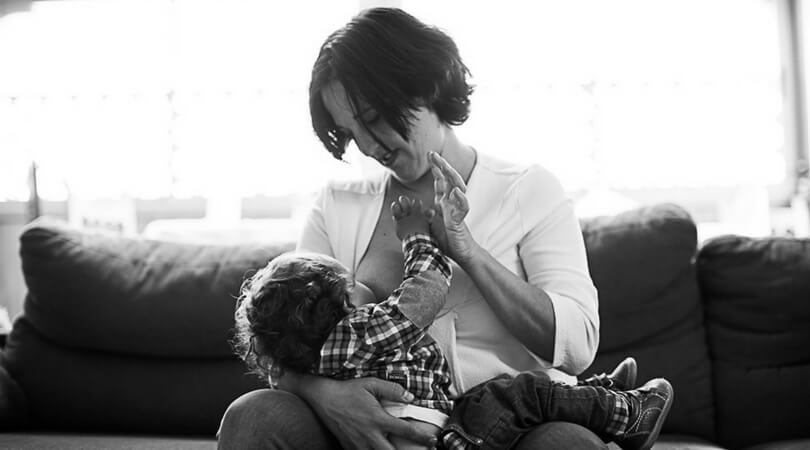 I haven’t heard the expression “milk brothers” until life put me in the adventure of breastfeeding.

The first time I saw a child of 2 years suckling, my backpack, and cultural heritage, were amazed. I cannot say that I feel comfortable or uncomfortable with what I was seeing, I was just surprised. A child who walks suckling? It broke my unconscious schemes.

However, today, not only does it seem to me to be one of the most beautiful pictures in nature, but as a mother I have been able to breastfeed my two children enjoying every stage of their lives; from the moment they were born, until today with Kian (who I don’t know how our nursing relationship will evolve), and until the moment they weaned from Cloe, with her ritual of farewell, appreciation, and the desire to play with my tits beyond her breastfeeding.

Because I live breastfeeding as an act of love. One of the most beautiful acts of love that we, living beings, can enjoy. Feed another being with your body and with your milk, it seems to me wonderful.

I just want to return to the phrase “feed another being”, because I believe that breastfeeding is also an act of love for the planet. Feeling that life gives me the opportunity to feed other people, or to have my children fed with the love of others, seems very rich and nourishing.

Before, there were wet nurses, those women who feed babies, whose mothers had succumbed to the incorporation of women into the work. Or whose mothers could not accompany their children on certain occasions. Or even before, and even today, simply the fact of helping, of being a tribe and be able to provide nutrients and love to any child of the tribe.

I am of the opinion that if the world had more milk brothers, it would also be a better place ;), don’t you think?

And what is a milk brother? Telling you all this will give you an idea. A milk brother is just that, a child whose mother has fed another child. It can be a donation of milk, it can be breastfeeding, or it can be any situation that involves taking milk from another mother.

I never considered whether or not I would be mother’s milk of any child beyond my children. It was never necessary to this because there is no doubt that if I saw myself in a situation in need, I would feed any baby who needed it. There are fascinating stories of women that organized themselves to be able to continue with their lives with the support of another mother who gives them support, both logistical as food.

And there came life, with a great gift for all, a day in which Simon, a baby of ten days and whose older brother was hospitalized (and accompanied by his mother at that time), was hungry. I had him in my arms, ready to give him the bottle that his mother Carole (friend of mine) had prepared. In that exact moment, Carola called me: – Cris, I’m not sure if the milk is good. She, distressed by being accompanying his older son, had forgotten everything, including that I was breastfeeding Cloe with 2 years old.

– Oops, Carola, Simon is hungry and crying, just now I was going to give it to him.

Carola was a little anxious for her baby…

– Carola, if you want I have milk, I can breastfeed him…

– Thank you, friend, of course! (and I realized that she felt light, peace, calmness and relief to be able to accompany his son Manu in the hospital a little longer).

And that was how life gave me as a present the opportunity of breastfeeding another being. To accompany a baby whose most basic need was met by myself. An opportunity so Cloe realized that she can have a milk brother.  And not just that, but her relationship with Simon has always been very special.  Hers and mine. 😉

After this day, Simon was hospitalized. Carola had difficulties to produce the milk he needed. And every morning, I went to the hospital to deliver milk that I pumped at night. So, for several days. And I also tell you that after one of his feedings of my milk (prepared for a 2-year-old girl), he slept 5 hours straight.; P

And even though it was tiring, I can only say thanks. Thanks to Carola and to Diego for putting their trust in breast milk, my breast milk. And thanks to my maternity to give me this.

I will tell you that Carola never ceases to transmit her relief to me knowing that he was protected and accompanied, both by me and my family. She also says that it brings the opportunity to talk with Diego, her husband, about how we have lost this maternal inheritance forever and ever… 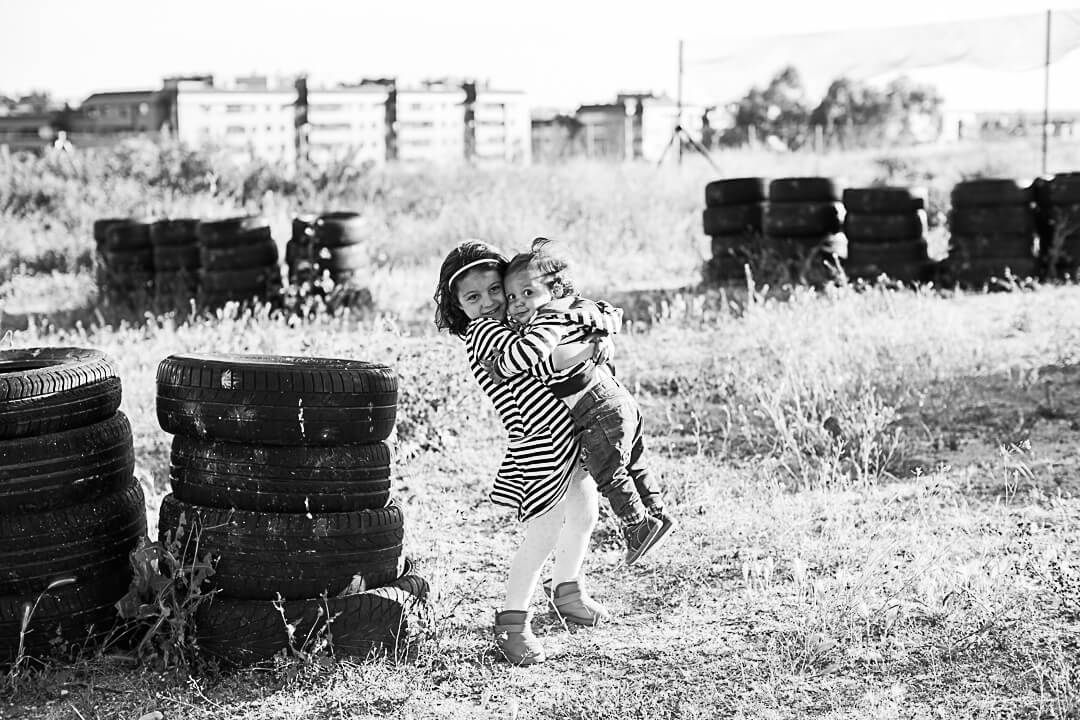 Kian was admitted for bronchiolitis with 3 and 6 months. And I went to work this part of my family tree. My friend Celia looked after Kian, hold him and gave him love while I was in therapy. There was a moment when Kian cried, of hunger, and she breastfed him, without any doubts.  Without giving it more importance. So that I could continue in my session, also focusing on myself.

Once again, life showed me the importance of the tribe, of having support at all levels, of taking care of each other and walk hand in hand together, respect, desiring and caring ourselves. As women that we are, as people that accept themselves… And how difficult it is and how easy it should be.

My experience, which might have ended here, did not end here. It has been just this Christmas I got another daughter of milk… And without knowing it, Simon and Olivia were to become brothers of milk.

Friends visiting home to spend New Year’s Eve. Two children each, 6 and 5 and nearly 2 and 1 approx… men went to shop dinner for New Year’s Eve and we women stayed at home.

We had to make dinner.

– I am going to Mercadona, said Moni. Do you stay with the 4?

And there they were, Olivia and Kian playing together. At one-point Kian wanted to suckle, climbed onto the sofa and began to eat. Olivia was in my arms, with me, in my other arm, in need of affection. Suddenly she looked at the tit that was free, grabbed Kian’s hand and asked me to suckle… She came closer and sucked. She suckles for a while. And when it was enough, she let go.

Getting down on the floor to play again. I understood that her need was satisfied, and she no longer needed it at that time.

Without planning it, without wishing it, without looking… Because, well, this kind of things simply happen. Without creating it, just getting carried away.

Or at least that’s how I have lived it. I know of the different stories about adventures of love between milk brothers. And I know stories that move me, and I make me excited.

This will be forever. And I’m sure that this adds up…

Do you have children of milk or milk brothers? And would you like to share your story or that of someone you know?

Finally, I want to share the testimony of my friend Teresa Lobo, who always says that in another era, she would have been a great mother nurse. You can follow her in Instagram here.

The first time a mom asked me to breastfeed her child was my sister. She had not finished her degree and she had a few final exams and the good thing of the lactations extended is that your child does not need you so much and you have the option to offer the milk to other moms (in addition, I’ve always had the luck of producing a lot of milk). So, as seemed to my sister and me the most natural thing in the world, I fed her baby of 3-4 months. The girl cried, I took her in my arms, offered her my breast and the girl sucked without problem. In the end, she falls sleep. Both, my sister and I, experienced it as something super natural.

Why don't you enjoy playing with your children?

I want to be up to date